I woke up early today ate some grits for breakfest and called my buddy George and met him at the gate at Denman Wildlife area to do some winter steelhead fishing. We had been there for about 30-40 minutes, when i felt one of those magical tugs. I thought i had got snagged up on the bottom again because id kept on hitting the same thing but this time the snag fought back. It was alot shorter fight then the last one, mainly because i had my drag set really tight because i had forgotten to loosen it from a earlier snag. George netted the fish for me then we found out it was a wild steelhead, then we had to figure out if it was over 24 inches, if it was under i would have to set it free. Luckily it was over! I then bled it and got some pictures, tagged it and continued fishing until about 2pm when we decided to head home to watch the superbowl. It was another awesome day on the water with a another new fishing buddy! 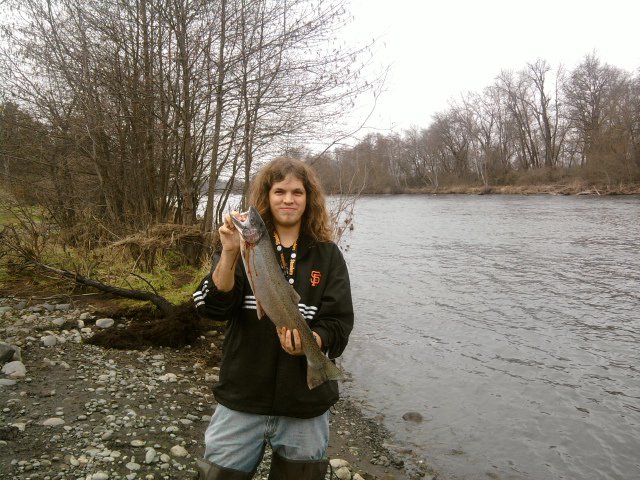 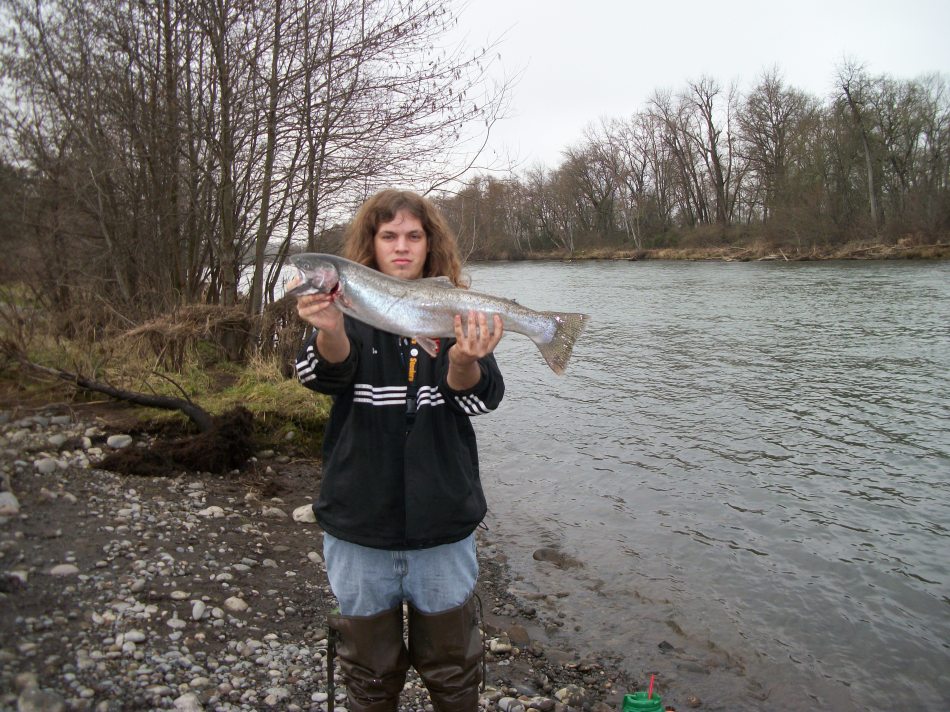 This entry was posted on February 6, 2011 by blazer_shane. It was filed under Rogue River and was tagged with Rogue River, steelhead.