This was the first time I fished in the new year and the second time Iv fished this lake, the first time being spring time last year.  We got to the lake around 7:30am and our friend Jon showed up not long after. The lake is really drawn down as reservoirs usually are this time of year but I think the lack of rain and snow we’ve experienced has an effect on the levels too. Fishing wasnt near as good as I thought it would of been, it’s stocked quite heavily and during the spring and it’s hard not to catch them then. 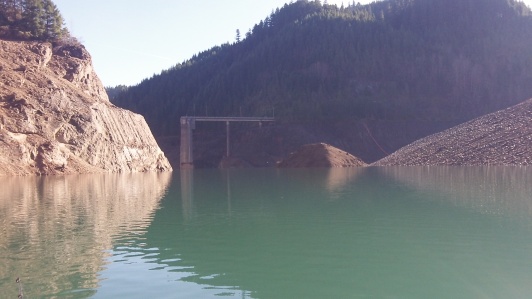 I wound up catching four and missed a few other bites, but it did take about an hour before having a bite and it was the first one out of the three of us. After releasing my first one the bite died again, it took about another hour before I landed another. This one was decent for a stocker rainbow trout probably a hold over at 13″. I was getting my fish on a Thomas Buoyant Lure and a Countdown Rapala in blue and white. Five of my seven bites came on the Rapala and I had it and the spoon in the water just as much. I fortunately had much more luck then my two friends who were fishing with me, Jon got the skunk and Ted ended up with one.  Still a fun day with friends even if the fishing wasnt as good as we expected it to be. 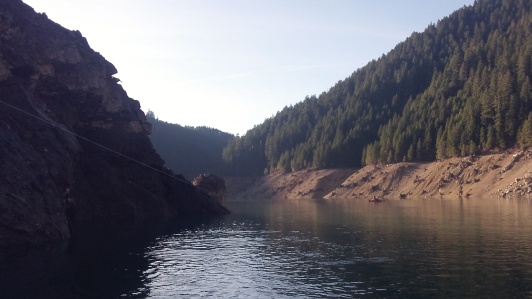 As always thanks for reading and tight lines!

This entry was posted on February 4, 2014 by blazer_shane. It was filed under Blue River Reservoir and was tagged with Fishing, Lane County, Rapala.